Why Minecraft is Better Than Fortnite?

Have you seen the top two “games” fight? Well yes, you read it right. Fortnite and Minecraft are 2 of the biggest games right now in the competition, and we love them both!

They both have building, mining, pickaxes, and tons of other players, but in a lot of ways, they’re really different. So we’ve pitted the two games against one another in this article to find out which really is the ultimate game!

From the total number of players to how cool the explosions are, here’s how we think Fortnite and Minecraft compare to each other!

Minecraft developed by Mojang, Minecraft was a #1 game on app/physical stores since it came out. It was popular among all of video and streaming sites, but soon after Minecraft, an online shooting game titled Fortnite was released.

Its popularity skyrocketed and was very well known. At first, when the game was released, the game was not that popular because no one really knew what the game was. The company who made Fortnite is called Epic Games.

Minecraft, on the other hand, doesn’t appear in the top five for any available metric in the same time period – but it is the best-selling video game of all time, having surpassed 176,000,000 sales in May 2019. Minecraft and Fortnite are obviously both very diverse games in terms of who they are targeting. Both games are played by just about everybody, there’s no denying that Fortnite is targeting an audience that is largely kids and teenagers.

However, Minecraft doesn’t really have a target audience because everybody can find their fun with this game by not specifically trying to appeal to a certain demographic.

Minecraft is a survival game that starts with nothing (just your fists). The goal of the game is to get to the end and beat the ender dragon, although it really does not end.

You can also go into Creative Mode and have unlimited resources. Fortnite and Minecraft have made many people excited though some adults think that one or both games make gamers crazy and/or will influence us about gun violence and weapons.

The new generation is gaming and this is a fight between what hundreds of millions of people argue about.

Minecraft manages to remain a more open game for all and it keeps people of all ages playing the game.

There’s a lot of kids that play Minecraft but there are also a lot of adults and obviously, I know there are plenty of adults playing Fortnite as well. But my point is once you get out of Fortnite’s target demo, the numbers drop pretty quick. Epic Games is kind of in hot water right now. Well, they’re always in hot water for something with the community, ever since the push for the epic game store and all the extremely poorly received moves they’ve made there, the company has a hole has been kind of in shambles and it shows in their products.

The epic game store is a mess, in Fortnite is almost always in a bad state in terms of bugs, glitches, server stability, and so on. It is pretty much made a name for it by being unstable.

Now compare that to Minecraft in Microsoft. Now Microsoft Definitely isn’t a perfect company and they’ve made plenty of horrible decisions in the past.

They’re also much more respectable and have a much longer legacy with it. They’re all so much quicker to fix their products and keep them technically stable.

So when you put epic games up against Microsoft in a battle of reputation, it’s pretty clear who the winner is regardless of how you feel about the business decisions of either company.

Minecraft is not competitive Well, there is a Minecraft Monday competitive thing but that’s more for fun. Now Fortnite tries to sell itself as a casual game but it’s pretty clear to everyone on the planet that it’s not actually casual anymore at all.

They’re very different games but if you’re not a very competitive person Fortnite isn’t going to be the game for you and that is a big sign of Minecraft taking the lead. 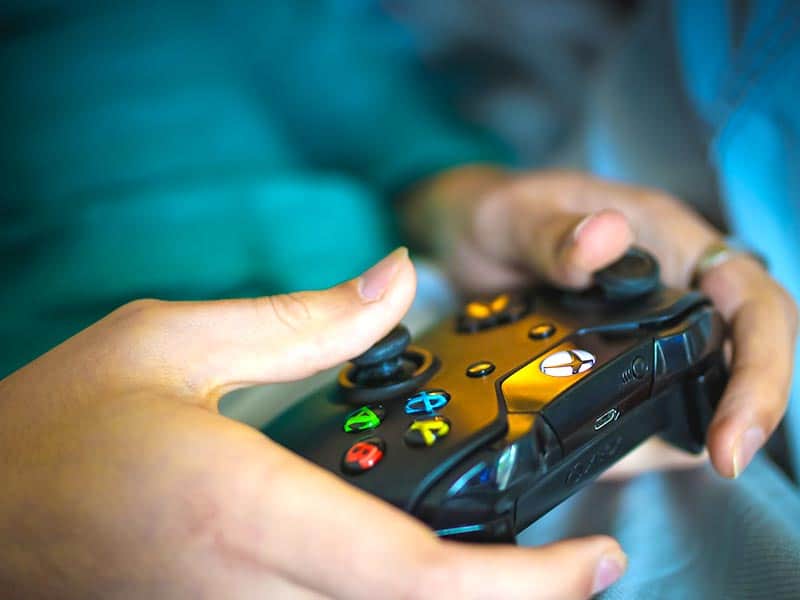 Fortnite is almost always in a buggy state or there’s something wrong with the servers. But what about Minecraft? Think back on all the years of Minecraft how long it’s been out and think to yourself.

When was the last time you actually noticed a major bug, now I’m not saying it all that Minecraft is flawless as a game in terms of technical performance, but what I am saying is that it’s a lot more stable than Fortnite and that kind of stuff leaves an impression on people.

If you’re looking for a fun creative game and you had one that felt very inconsistent and features kept getting turned on and off while the other one was always consistent You would more than likely gravitate towards the second one.

One of the biggest reasons – if not the biggest – for Minecraft overtaking Fortnite is a large shift in the influencers of both games.

PewDiePie, the most-subscribed solo YouTuber in the world, uploaded a Minecraft video on June 21st. This was not his normal content, but many of his fans had been wanting him to play Minecraft for some time.

Due to such a positive reaction, the majority of his content has been dedicated almost exclusively to Minecraft since then, which means that many of his viewers have flocked to the game.

Graphics are often considered a limitation of Minecraft. However, you can now improve them using Shaders, Resource packs, and Ray Tracing.

Additionally, you’d also have to spend money on the specs of your PC to play Minecraft smoothly. Fortnite also requires good specifications on a computer but it may even run on some low-end or mid-end computers.

Both Minecraft and Fortnite are now available on all mainstream devices. You can play them on your computer, consoles, tablets, or even smartphones now. Earlier, Fortnite wasn’t available on all smartphones, but now it is up to install on the Play Store for any Android device.

In May 2019, Minecraft celebrated its 10th birthday.

This was technically the first time that Minecraft had overtaken Fortnite – the trend quickly reversed and then reversed again.

For the occasion, Mojang released Village and Pillage, which was the game’s largest ever update. It also announced the augmented reality mobile game Minecraft Earth, and dungeon crawler Minecraft Dungeons.

Because of such a key milestone and announcements for two strong upcoming games, Minecraft’s profile was raised significantly. Not only would this have earned new players through marketing, but it happened at a time in which many people were looking for an alternative to Fortnite.

Fortnite’s 10th season began on 1 August, and there was a huge backlash from the more competitive faction of players, including several key influencers.

The backlash stemmed from the addition of BRUTE mechs, a new antagonistic force within the game that proved to be notoriously difficult to beat.

Despite initially putting up resistance, Epic Games eventually reverted this change, but the damage – as the data has shown – has already been done.

One of the things that makes Minecraft’s rise in popularity all the more impressive is that it isn’t actually free on most platforms, unlike Fortnite.

It should be said that Fortnite has been an extremely successful game and has achieved a rare level of popularity – it is the biggest game in the world right now, after all. But, it is also following a familiar trajectory with megahit games: what goes up must come down.

Minecraft has achieved something far rarer, which is to be consistently popular for 10 years, while still having strong opportunities on the horizon.

The data suggests that Minecraft is a solid choice to return to after megahit games such as Fortnite begin to fade, which is probably what we are seeing. Many people don’t think Fortnite is right for kids. Players shoot each other and can win only when the other 99 players in each game have been killed. The violence earned the game a rating of T (for Teen)—meaning it’s not suitable for kids under the age of 13.

Minecraft will most likely never “die” but I would say it will be replaced. Minecraft is known for its immense freedom. The ability to do anything, the only barrier being one’s creativity within the game. Games will come out that have everything Minecraft has, and more, with better graphics to boot.